WLS-Ch. 7 morning news anchor Judy Hsu gave birth this morning to a baby boy as she and her husband rushed to the hospital on the inbound Eisenhower Expressway, the station reported.

"We were heading down the Eisenhower," Hsu said during the station's 11 a.m. news broadcast. "At a pretty fast speed."

"I didn't know. I think I was in denial the whole time. I did not want to pull over on the side of the expressway. But the time came, and I knew the baby couldn't wait. I said, 'OK, I think we better pull over and call 911,' " Hsu said.

The couple's baby came into the world at about 3 a.m. near the Cicero Avenue exit. They named him Alexander James but -- fittingly -- his nickname will be "Ike."

As of this afternoon mother and baby were doing fine, according to the station.

Tracy helped his wife give birth in the front seat of the car. He said he remembered a news story about a woman who gave birth on the side of the road and her husband used his shoelaces to tie off the umbilical cord. Tracy tried that too and it worked.

Paramedics soon arrived and took them to the hospital.

"Can you believe it?" Hsu told the station. "It's so wild. It's stuff we read about in the news, and I never, ever thought would happen to me. It just went so fast. It was pretty incredible." 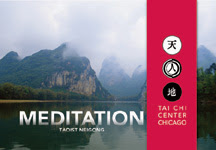